This issue’s format may be different, focusing on three teams instead of one, but you'll still find everything you need to play as one of three new types of hybrid teams!

– Misfits and Malcontents: lore and rules for Chaos Renegade Teams comprised of renegades from nearly every race and background. You'll also find background on famous teams like the Chaos All-Stars and a full profile of the Mongrel Horde.

– Renegade Playbooks: offers some insight into playing incredibly diverse teams, and building them up over time to suit your play style.

– Star Player Spotlight: Ugroth Bulgrot, “The Other Ripper”. Not to be confused with Ripper Bulgrot, Ugroth eschewed hard work and training to cash in on the chainsaw craze.

– Dirt from the Dugout: Mindy Piewhistle returns to dish about why you don't see many Elves in mixed company, let alone mixed Blood Bowl teams.

– Underground, Overground, Sportsmanship Free: The term Underworld Denizens covers teams made up primarily of Goblins, Trolls, and Skaven. You’ll find a full breakdown of lore, rules, and a profile of the Underworld Creepers!

– The Quick and the Cowardly: An Underworld Denizens team includes quite an unusual mix of players, but they can be a blast to play. Read up on some tips to make the most of them.

– Star Player Spotlight: Glart Smashrip is a truly fat rat. Inspired to out-bulk a famous Minotaur player, Glart throws his weight around on the pitch with deadly results, earning a foul reputation alongside an impressive record.

– Chat with the Rat: Hackspit Quillchewer digs deep to uncover the ugly truth about mutations in Skaven society.

– Allies of Inconvenience: Teams of the Old World Alliance are formed from the natural admixture of civilised (relatively) Humans, Dwarfs, Halflings and Ogres in some of the great cities of the Old World. You'll find riveting background on famous teams, plus a dedicated profile of the Middenheim Maulers.

– Old World Style: At once tough, versatile, hard-hitting, and slippery, these teams seem to have it all. Our experts break down the options to help you build a winning combination.

– Star Player Spotlight: Helmut Wulf was one of the first players to pick up a chainsaw, and he remains one of the best.

– Mixed Fortunes: a smorgasbord of Star Players hailing from a variety of races and backgrounds, who are attracted to the motley nature of mixed teams by their very misfit nature. 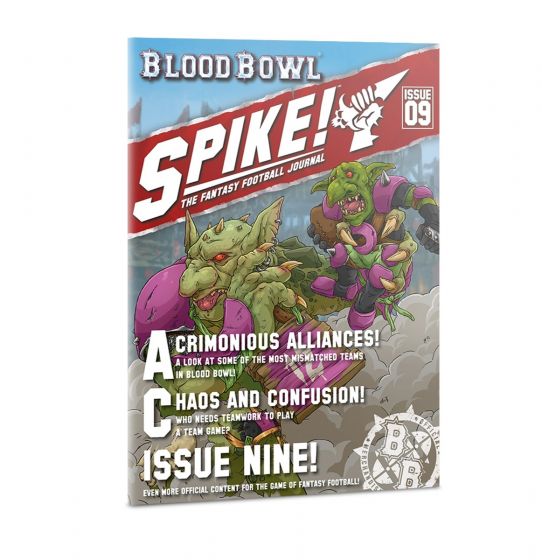